Please visit our Coronavirus (COVID-19) Travel page for details on our response to the situation. 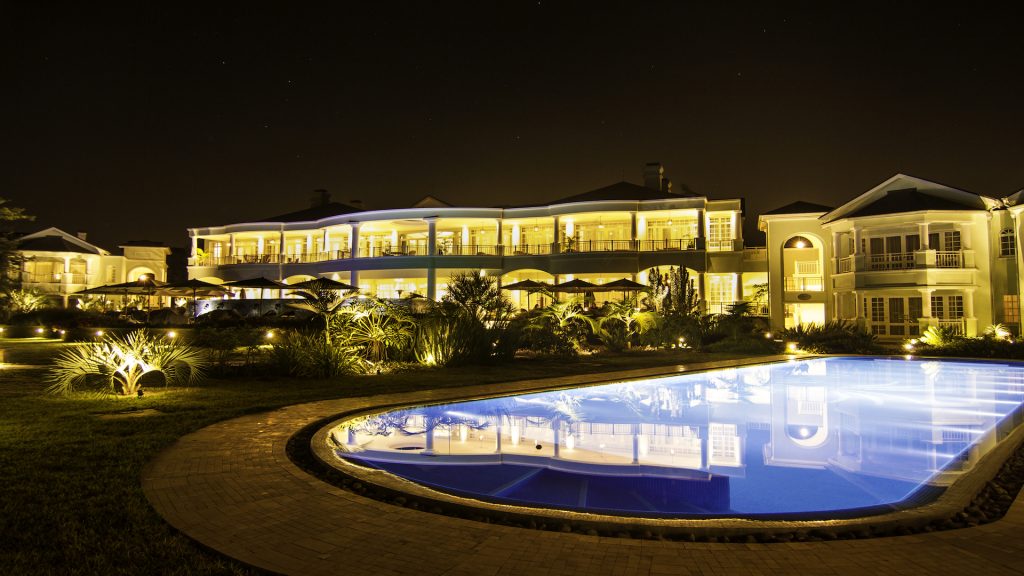 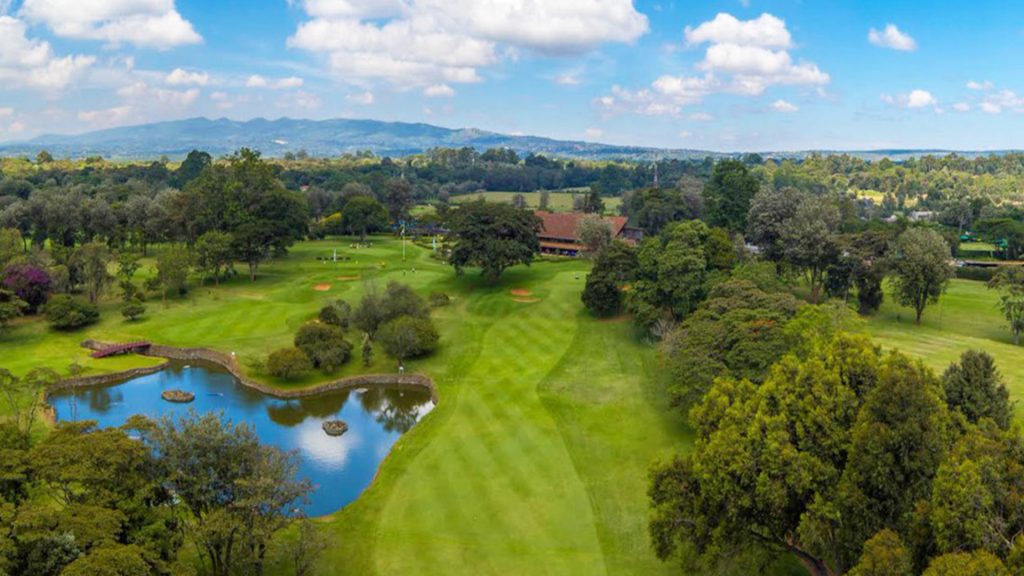 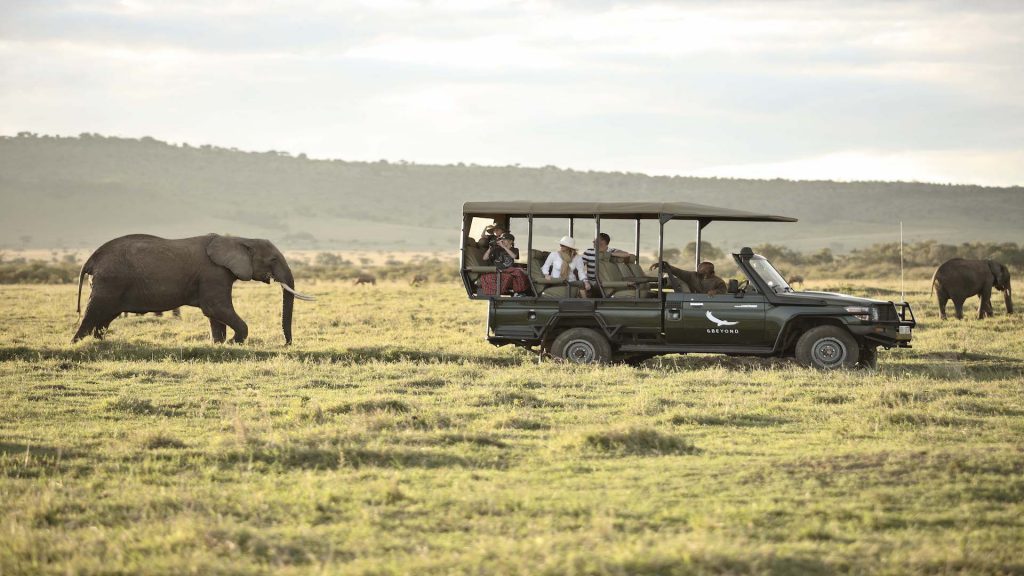 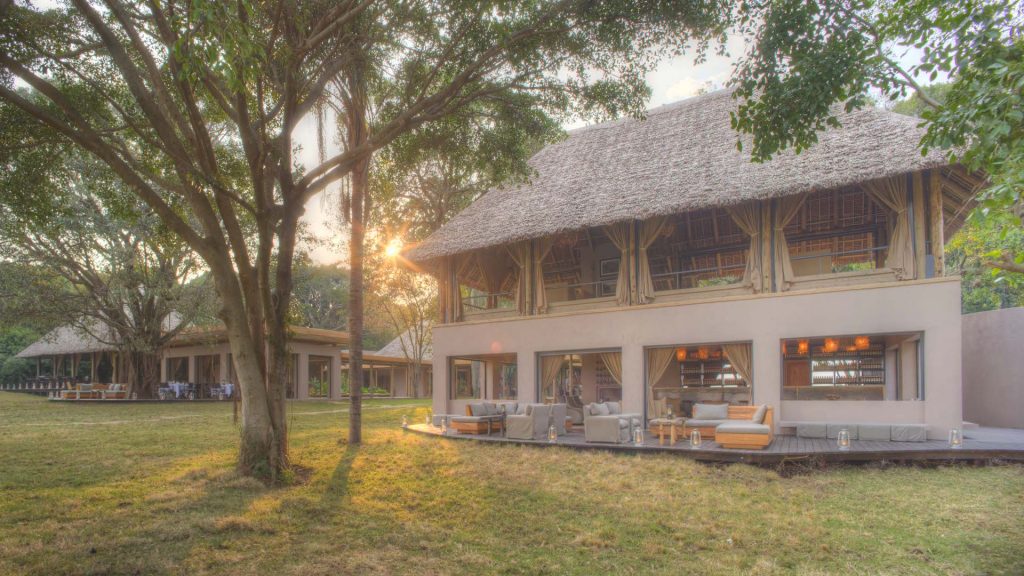 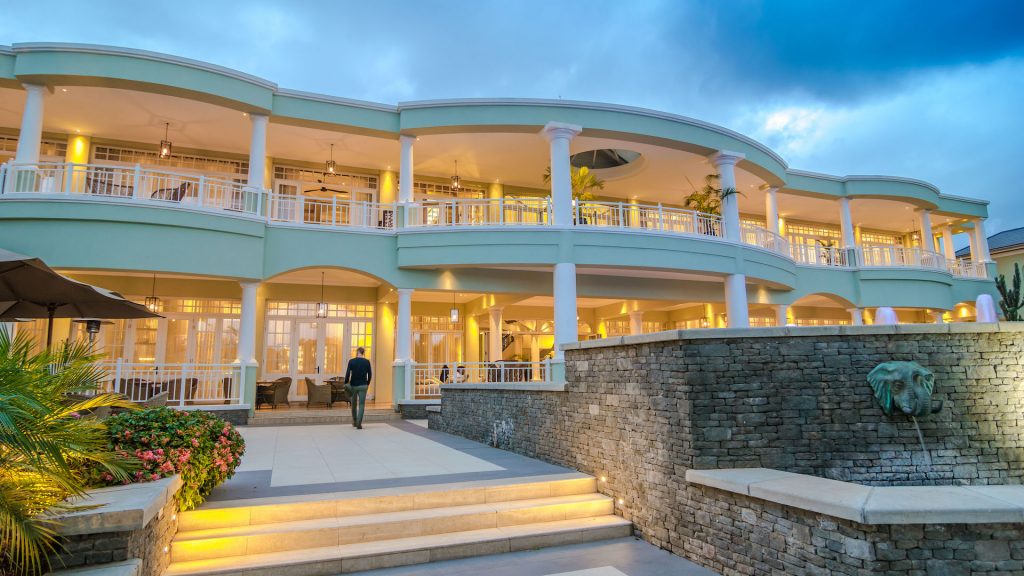 Have you always wanted to explore East Africa? This 12-day itinerary offers an incredible range of experiences that will create an unforgettable trip of a lifetime. Explore landmarks that are simply so extraordinary that they have become iconic places, and venture to beautiful landscapes where coming back always feels like coming home. Motivated by your feedback, we have put together your most loved East Africa safari, featuring all those perennial andBeyond favourites that regularly appear in the Condé Nast Traveler Readers’ Choice Awards.

Traversing Kenya and Tanzania’s best-known safari landscapes, this is the African adventure that our guests come back to over and over again, whether to catch the thundering herds of East Africa’s spectacular Great Migration or to enjoy the wealth of resident wildlife and the magnificent scenery throughout the remainder of the year.

Your 12 day East Africa Safari trip is split between Kenya and Tanzania, where you will be spending a few days in each location to allow you a chance to immerse yourself in the beautiful scenery, culture, rich history and resident wildlife of each destination.

Your first stop on this adventure is Nairobi, the capital city of Kenya, filled with amazing possibilities for learning all about the culture and rich history. You will spend 1 night at Hemingways Nairobi, a mere 40-minute drive from Nairobi’s international airport, comfortably spread across rolling grounds in the famed suburb of Karen. Airy and spacious, this 45-room boutique hotel is beautiful in its symmetry and flooded with natural light. Its bedrooms each have a private balcony overlooking the iconic silhouette of the Ngong Hills. Guests are treated to the services of a discreet, highly trained butler whose role is to ensure a hassle-free stay. Dining is a highlight designed by Michelin-starred chef Barry Tonks. Those seeking action can have a wide array of activities booked on their behalf, from visits to a few of Nairobi’s most famous highlights, to an exciting game viewing excursion. Guests seeking to unwind can make use of the indulgent spa facilities or simply enjoy the sense of blissful seclusion and luxury on the edge of the wilderness. Guests keen on exploring their surroundings can venture out to the nearby museums, galleries, markets and shopping centres in bustling Nairobi.

Your second stop is in the Maasai Mara, Kenya where you will stay at andBeyond Kichwa Tembo Tented Camp. Kichwa Tembo lies directly in the path of Africa’s spectacular Great Migration. With abundant elephant, buffalo, giraffe, lion and cheetah alongside the migratory wildebeest and zebra, the reserve is a photographer’s and naturalist’s paradise. Leopards are frequently encountered, endangered black rhinos find shelter in dense thickets and rafts of hippos and enormous crocodiles are found in the Mara River. Additionally, the reserve is also home to over 450 bird species. The camp boasts 12 Classic Tents and 20 Superior Tents and 8 Superior View Tents. While all the tents look out onto the open grasslands or the shady forest surrounding the Saparingo River, the superior view tents boast exceptionally beautiful, uninterrupted views of the Maasai Mara. The superior tents feature beautiful Maasai inspired interiors that showcase a simple and contemporary use of local materials. Oversized beds are perfectly positioned to make the most of the views, while stained cypress wood furniture combines with tribal decorative elements. The generously sized lodge swimming pool is set among the trees and surrounded by lush lawns and spectacular views.

Your third stop is in Serengeti Western Corridor, Tanzania where you will spend 2 nights in andBeyond Grumeti Serengeti Tented Camp. Inspired by Tanzania’s annual Great Migration, andBeyond Grumeti Serengeti Tented Camp is situated near one of the most famous fording points used by the wildebeest as they cross the Grumeti River in an area that is home to exceptional year-round resident wildlife. Rustic yet sophisticated, the intimate tents combine hues of natural grey with accents of natural stone and bone. All ten of the tented suites look out onto the Grumeti River and its resident pods of hippo, while sliding doors open out onto shaded private decks. Stone shower towers are open to the sun and stars. Two of the tents have been designed to cater for families travelling together and sharing an enclosed entrance lobby that can allow easy access between the tents while maintaining complete privacy. A dramatic boma is the setting for open-air dinners with delicious food prepared in traditional stone ovens. A rim-flow swimming pool looks out onto the banks of the river.

Your fourth stop is in northern Serengeti, where you will spend 2 nights perched on the edge of the Kuka Hills at andBeyond Klein’s Camp, which features intimate safari accommodation with just ten cottages of local stone and makuti, with rich wooden floors and classic interiors. Each cottage has an ensuite bathroom and private veranda with breathtaking views over the surrounding valley. A diversity of resident wildlife, including huge elephant herds, can be viewed from everywhere in the camp – even the kitchen boasts unforgettable views. The camp has a large, beautifully furnished bar and sitting area, a sparkling swimming pool, and a Safari Shop featuring locally-made Maasai crafts. Fresh vegetables picked from the Camp’s shamba (an organic African garden) create wholesome Pan African dishes. Dinners are served in the main dining area, which is graced by a large open fireplace, or can be enjoyed in a spectacular clearing deep in the heart of the African bush.

Your fifth stop is at andBeyond Serengeti Under Canvas, where you will spend 2 nights experiencing a traditional Tanzanian safari. The sumptuous luxurious tented, seasonal camps move around the Serengeti year-round, bringing guests within range of the Great Migration. When the Migration crosses over into Kenya, the camps remain in the remote, beautiful corners of the Serengeti, renowned for its excellent resident game. The two intimate camps feature just eight ensuite safari tents each, carefully positioned in exclusive semi-permanent campsites in the Serengeti National Park. Booked on a nightly basis, each luxury ensuite mobile tent boasts a comfortable double bed, ensuite bathroom, separate w.c. and bucket shower; this is the ultimate in luxury camping. The guest areas comprise comfortable tents for dining, meeting for a pre-dinner drink, or just for whiling the time away between safaris complete with private butler service, delicious home-baked meals, and traditional bush dinners served under the stars.

Your final stop on your trip is within the world-famous Ngorongoro Crater in Tanzania, where you are accommodated at andBeyond Ngorongoro Crater Lodge. Perched on the edge of the Crater rim, andBeyond Ngorongoro Crater Lodge’s sumptuous safari suites present breathtaking views. Inspired in design by the Maasai mud and stick manyatta (homestead), this is without doubt one of the most architecturally spectacular safari lodges in Africa. Three separate and intimate camps are reminiscent of a bygone era totalling just 30 suites in all. Steeped in romance, each stilted, handcrafted mud and thatch suite is adorned with graceful antiques and grand chandeliers. The bedroom, sitting room and ensuite bathroom boast floor-to-ceiling glass windows, overlooking the magnificent Crater below. Ensuite bathrooms, with a centrepiece of red roses, feature huge showers and chandelier-lit bathtubs. Personal butlers discreetly tend to guests’ every need, bringing tea in bed, stoking fireplaces and drawing luxurious baths. Described as “Maasai meets Versailles”, each camp has its own guest sitting and dining areas and viewing decks. The domed dining room, with its grand fireplace, turns every meal into a special occasion. 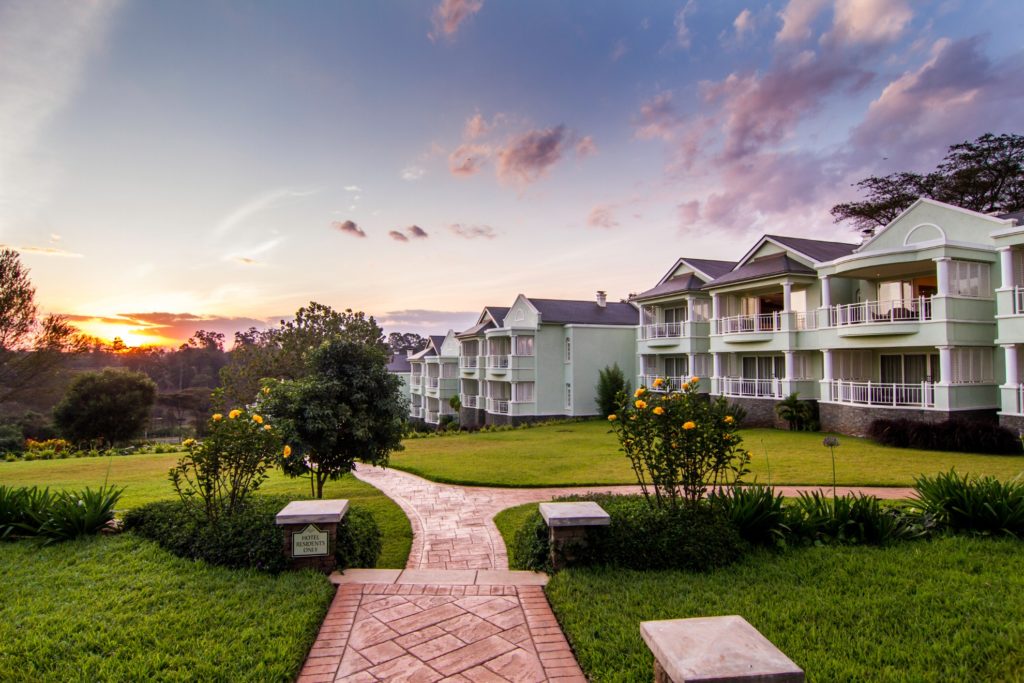 Upon your arrival at Jomo Kenyatta International Airport, you will make your own way to the arrivals hall, where you will be welcomed by a member from our andBeyond team. You will then be driven to Hemingway Nairobi, where you will spend the night in a Deluxe Room with an ensuite bathroom and a private balcony overlooking the iconic silhouette of the Ngong Hills. Your stay includes all meals. 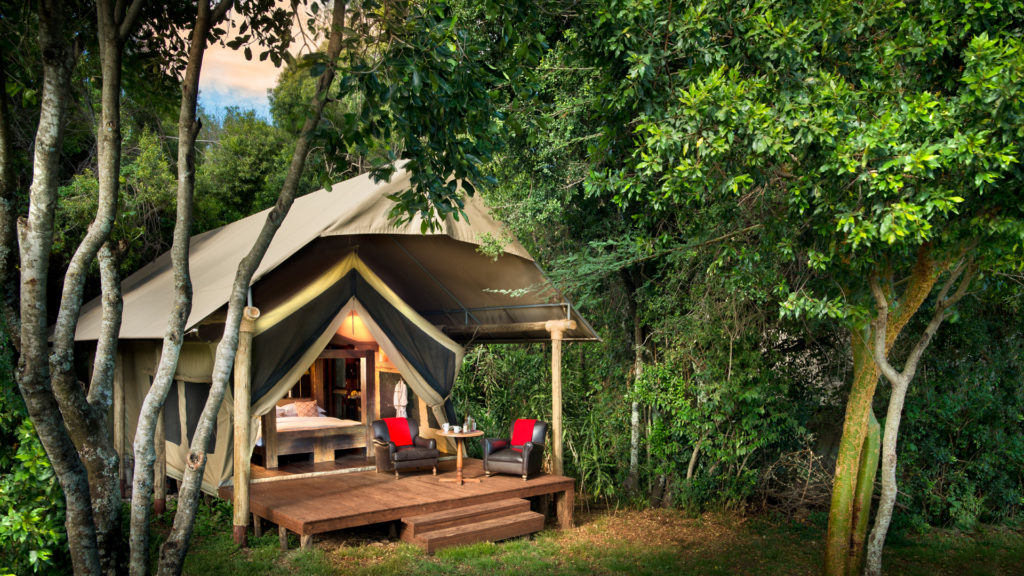 After an early breakfast, you will be driven to Wilson Airport, where you will board a flight to Kichwa Airstrip. On arrival, you will be welcomed by a member of the team from andBeyond Kichwa Tembo Tented Camp, who will drive you to the camp.

Depart the Maasai Mara on a flight to Migori Airstrip (or Wilson in low demand season), where you be welcomed and driven to Tarime, crossing the border into Tanzania to board another flight to the Serengeti National Park. Situated in the Western Serengeti, the Grumeti area offers an unmatched wildlife experience. Lying right in the path of the Great Migration and its dramatic river crossings, it is also home to exceptional resident game year-round. 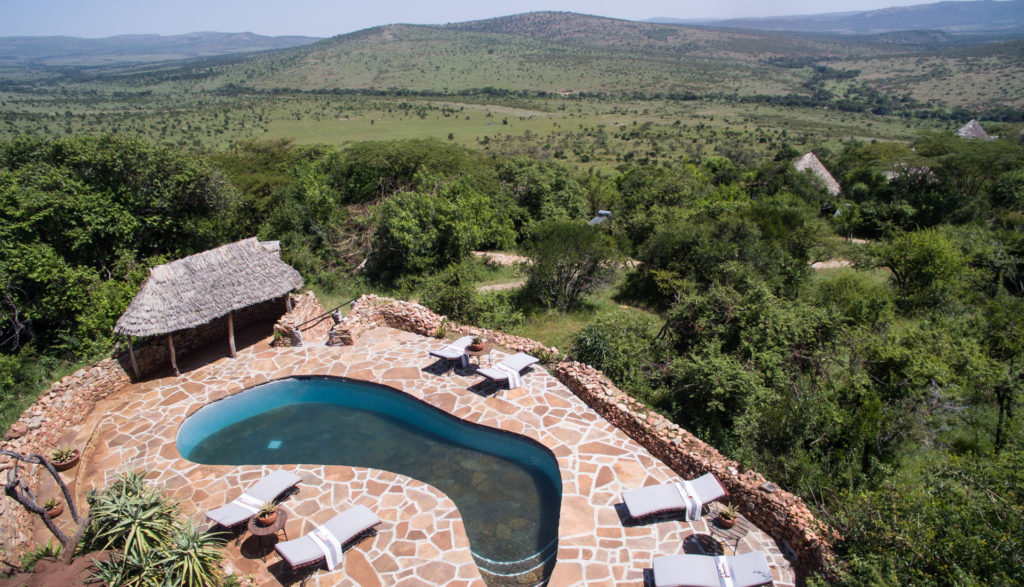 Enjoy an early morning breakfast before being driven to the Grumeti Airstrip, where you will board a flight to Lobo Airstrip. Upon landing, you will be collected for a scenic game drive to andBeyond Klein’s Camp.

Enjoy an early morning game drive and a wholesome breakfast before being driven back to the airstrip for a flight to andBeyond Serengeti Under Canvas.

Thrill in the excitement of safari during your 2-night stay at andBeyond Serengeti Under Canvas in a Bedouin-style tent with an ensuite bathroom and outside bucket shower. Your stay includes three meals each day, soft drinks, house wines, local brand spirits and beers, teas and coffees, scheduled safari activities, refreshments on game drives and laundry.

Enjoy an early morning game drive, followed by a delicious breakfast, before being driven back to the airstrip for a flight to Manyara Airstrip. On arrival, you will be welcomed by a member of the andBeyond Ngorongoro Crater Lodge team, who will drive you to the luxurious accommodation.

Indulge and explore at andBeyond Ngorongoro Crater Lodge during your stay in a Suite with an ensuite bathroom featuring a bath and shower. Your stay includes three meals daily, soft drinks, house wines, local brand spirits and beers, teas and coffees, scheduled safari activities, refreshments on game drives and laundry.

Today, we wave a fond farewell. After breakfast, you will be collected for your flight to Kilimanjaro International Airport, where you will board your flight home.

Dates are flexible so please make an enquiry and tell us a range of dates you are considering so we can check availability.

What we love about our camps

upon arrival you will be greeted by an andBeyond member

Some safaris/activities require adult supervision at all times

Prices are Per Person